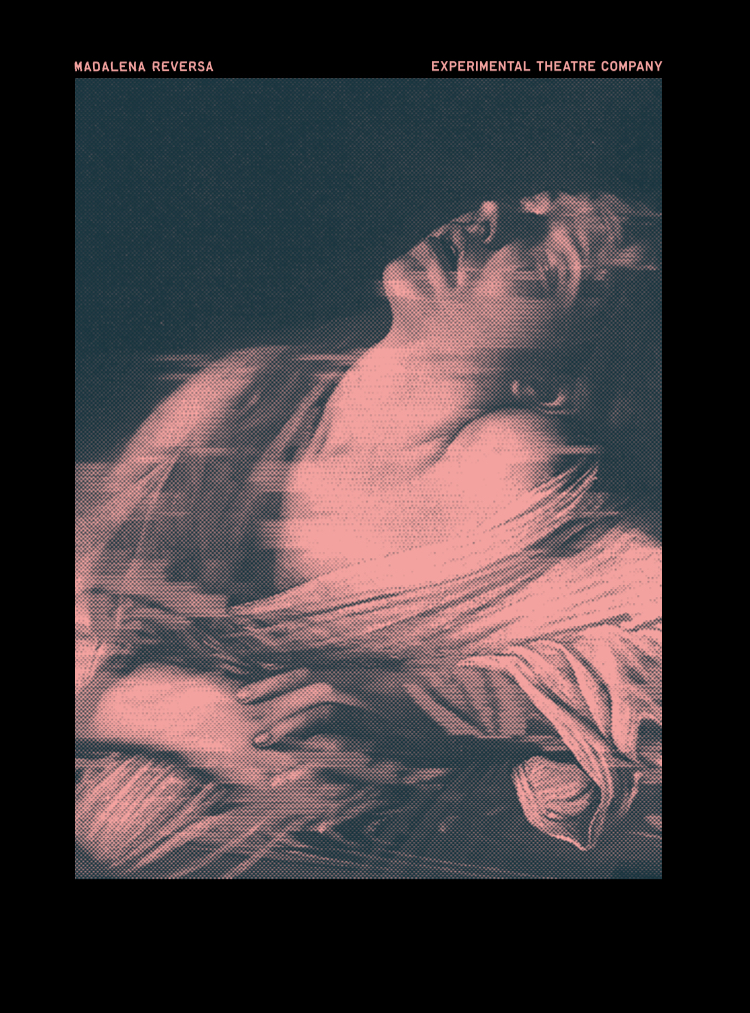 madalena reversa is an artistic project founded in 2016 by the directors, dramaturgs, actors and performers Maria Alterno e Richard Pareschi. Their research is focused on the aesthetic and emotional power of lights, sounds, objects, bodies becoming horizon for compositions and atmospheres which find place at the intersection between theatre and visual arts, performance and installation, where the only essential element is dramaturgy. In 2015 they got the BA Hons in Acting at the University of Wales. In 2016 they attended the Laboratory for Directors held by Romeo Castellucci at Biennale College.
Their projects involve artists from different backgrounds such as actors, performers, cinema directors, photographers.
The research made during the creation of Romantic Disaster (2020), their last work, opened an enriching dialogue and new collaborations with the Professor and Research fellow in Environmental Humanities at the University of Leeds, and author of the book British Romanticism, Climate Change, and the Anthropocene: Writing Tambora.
Romantic Disaster is a live set, an hybrid performance shortlisted at Biennale College 2020 – Directors Under 30. In 2021, the studio of the work has been presented at FOG Triennale Milano and Santarcangelo Festival. It premiered at Short Theatre, in Rome, in September 2021 – after two artistic residencies supported by Santarcangelo Festival and Short Theatre.
Since 2021 Romantic Disaster is part of Motus Vague, a Motus project supporting the production and distribution of new independent works by young artists with poetics and visions similar to the company’s feel.
The other projects of madalena reversa: Blaue Blume (2019), light and sound installation, (shortlisted at Biennale College 2019 – Directors u.3O); Dreaming Beauty (2018), immersive installation (finalist at Scenario Infanzia, 2018); Blank Composition: The White Girl (2017) – (Semifinalist at “Scenario 2017”; Selected for “MaturAzione” from Teatro Stabile del Veneto); Talking Of Michelangelo (2016).